sutekiB Posts: 1,069
March 2014 edited April 2014 in Coming Soon
Hi guys, this just launched on Kickstarter. Been hearing a lot about it. Looks great, reminds me of the mansion from Resident Evil! Very attainable goal and some nice backer rewards if you get in early. Supports STEM & Rift, lots of stretch goals mapped out. See their project page and more details below:

Spectre brings asynchronous multiplayer challenges to virtual reality and allows players to assume the role of either the seekers or the Spectre. Up to four players explore perilous environments and together feel the terror of the being hunted. As a Seeker, your headlight is your weapon and your salvation in darkness. Your headlight is capable of emitting limited bursts of bright light which can incapacitate pursuing Spectres. As a Spectre, your goal is to pursue and drain the life from the Seekers. Spectres can lay traps, create illusions, make distant sounds, disorient Seekers, and transport themselves.

The fear of being alone in a remote place is fundamental to Spectre, and even in multiplayer, we manage to preserve a strong sense of isolation. We have observed players resorting instinctively to pack tactics, staying together to stay alive. Working together and remaining observant are important to survival, yet the Spectre, complex level design and darkness works against you to keep you apart.

In September of 2013, Spectre was named a Top Finalist in the VR Jam. We decided to expand our scope and continue development.

Your support will go toward the addition of original art, new environments, and additional multiplayer modes. We will invest in Unity Pro team licenses, Photon server hosting, FogBugz collaboration tools, and the FMOD audio creation tool. We will be able to accelerate development by adding team members and software tools necessary for rapid completion of the game. 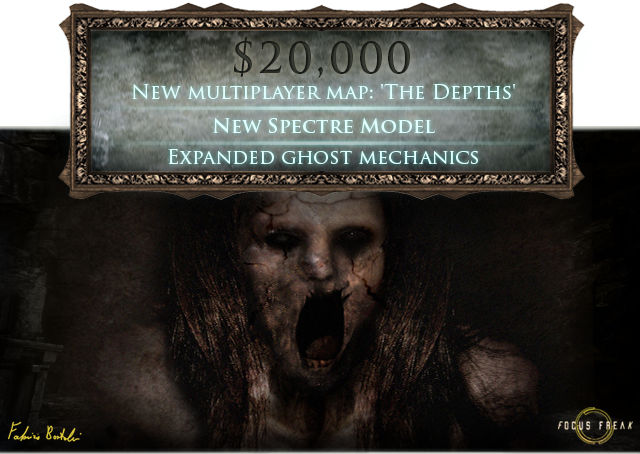 We are proud to reveal our collaboration with classically trained Hollywood creature artist, Fabrizio Bortolussi, whose work has been featured in such blockbusters as the "Silent Hill" movie saga, Tim Burton's Alice in Wonderland, and "District 9." Based on his concept art above, Fabrizio will create a brand new, terrifying Spectre for you to control as you haunt your friends! Outside Spectre's Mansion, we will build the lost cavern and ruin for players to explore with an original soundtrack and atmospheric effects. The Spectre, liberated from the walls of the mansion will have additional paranormal abilities suited to its new environment. 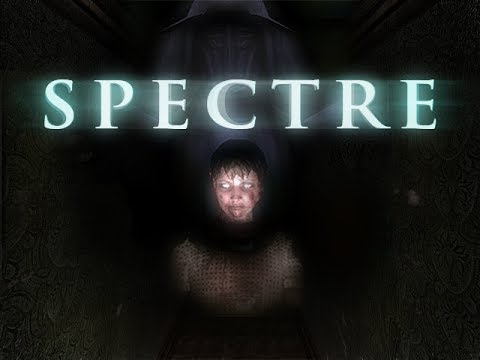