Designing a Game for the Omni - Travr: Training Ops

My name is Cameron, and I am the Game Designer at Virtuix. I have been working at Virtuix since August 2014, and it has been a blast getting to see how much the VR industry has developed during the past year.

I joined Virtuix immediately after graduating from Texas A&M University with a BS in Visualization. Growing up, I always had a passion for video games, but it took me a while to realize that I could make a career out of what I was passionate about. When I started attending Texas A&M, I was actually a business major, and it wasn’t until my sophomore year that I figured out that business was not the right major for me, and that I should pursue what I was passionate about. After switching majors, I furiously began to learn everything I could about making games, taking full schedules each semester and summer. I was also able to spend a semester of my education in Scotland, at Abertay University, which has a great game development program, and helped me refine my knowledge of game design.

For those of you who might be interested in becoming a game developer, download Unity or UE4 (they are free), and start making games. They are great tools to learn on, and they both have awesome communities with tutorials that will teach you just about anything to do with developing games.

I still remember what first got me interested in Virtual Reality. When I was about 10 years old, I went to Disney World with my family. The first day we were there, we spent some time in Downtown Disney, and went to Disney Quest, which is similar to an arcade, but with more immersive experiences. One of these experiences was a Pirates of the Caribbean game that was in a surround-screen room that was shaped like a ship. To play the game, we were running around to little cannons and pulling a rope to shoot other ships on the screen. It was an awesome experience as a kid, and since I was a console gamer, it made me think about how to bring that sort of immersion to a more accessible space. Little did I know, that 13 years later, I would be working on a product that is making that immersion possible.

When I joined the company, the Omni was only capable of forward movement, and it was only one speed. Since then, we have added functionality for analog speed, strafing, backwards movement, decoupled walking, and recently decoupled aiming with the Vive. This has given us the opportunity to do much more within our game demos, including several maneuvers in Training Ops. The more freedom of movement that is given to the player in the game world, the more immersive the experience is, and it will only get better from here.

Travr: Training Ops is a First Person Shooter training course that challenges players to be both fast on the Omni, and accurate with aim. The game will consist of several levels, each made up of about 5 rounds each. Each of these rounds will take anywhere from 15 seconds to 2 minutes, and will challenge the player in a specific skill. 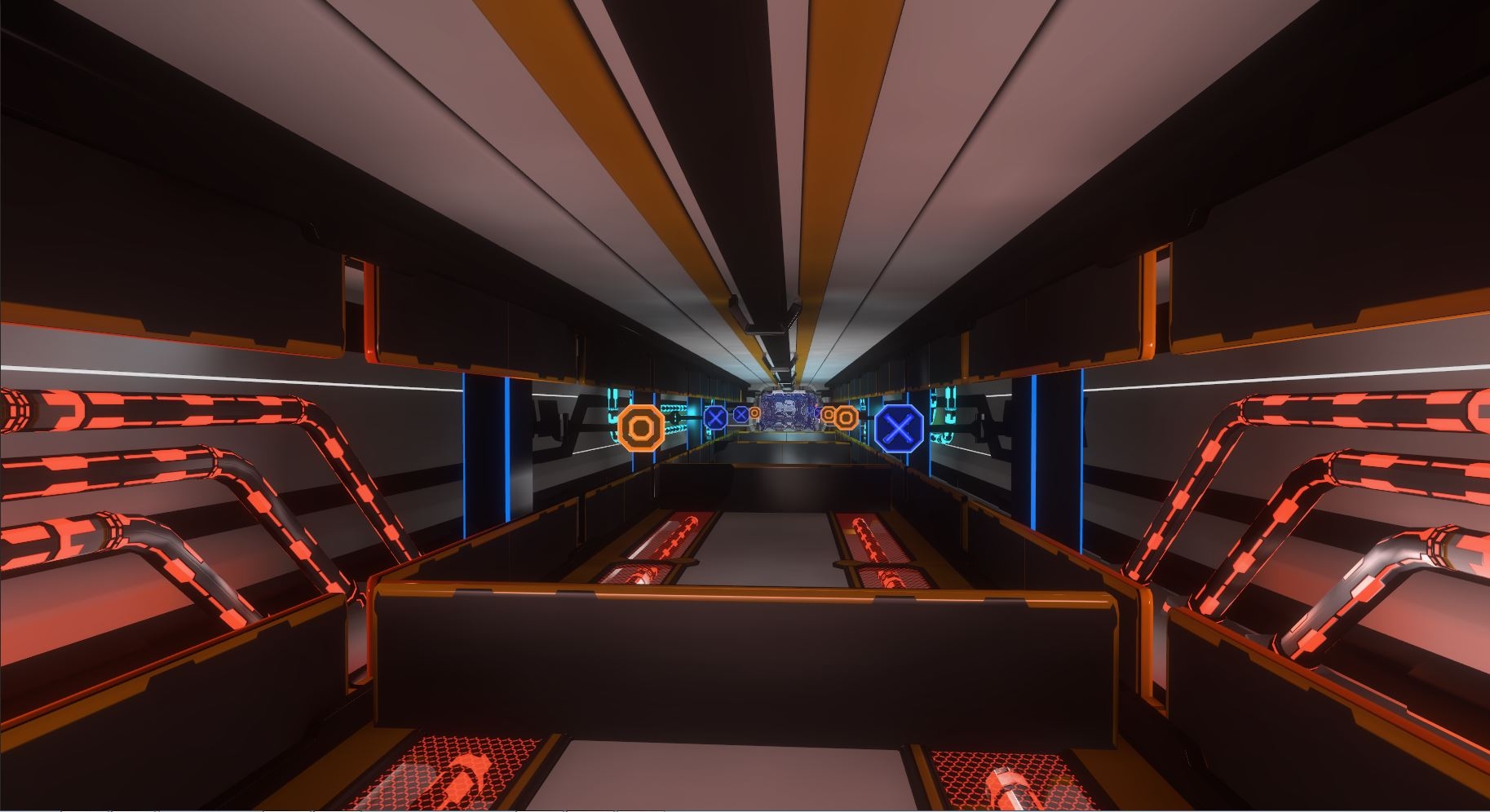 This round tests accuracy and speed. The idea behind the round is that if you are accurate enough with your aim, and quick enough with your decision making, then you will never be stopped by the barriers and you will be able to sprint straight through the round. However if you fail to hit the targets quickly, then you will have to stop at the barriers which will affect your time bonus.

There are several factors that are used to calculate the players score for each level. These include: It will take time to master any one of these factors for each level, but it will be true feat to master all of them in a single run, which is what you will have to do to top our leaderboards.

The targets throughout the levels have various behaviors to increase and decrease the challenge of shooting specific targets. 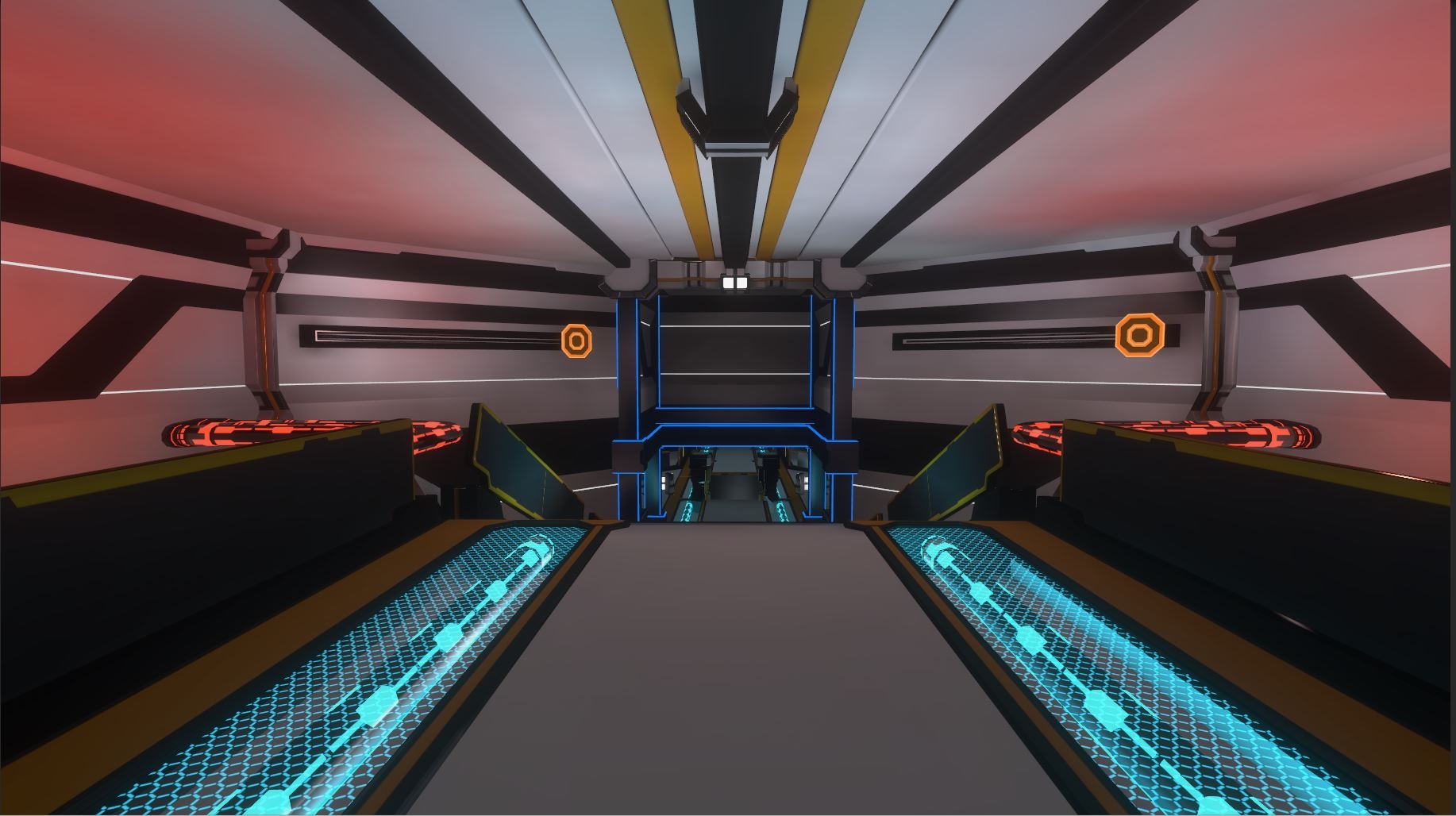 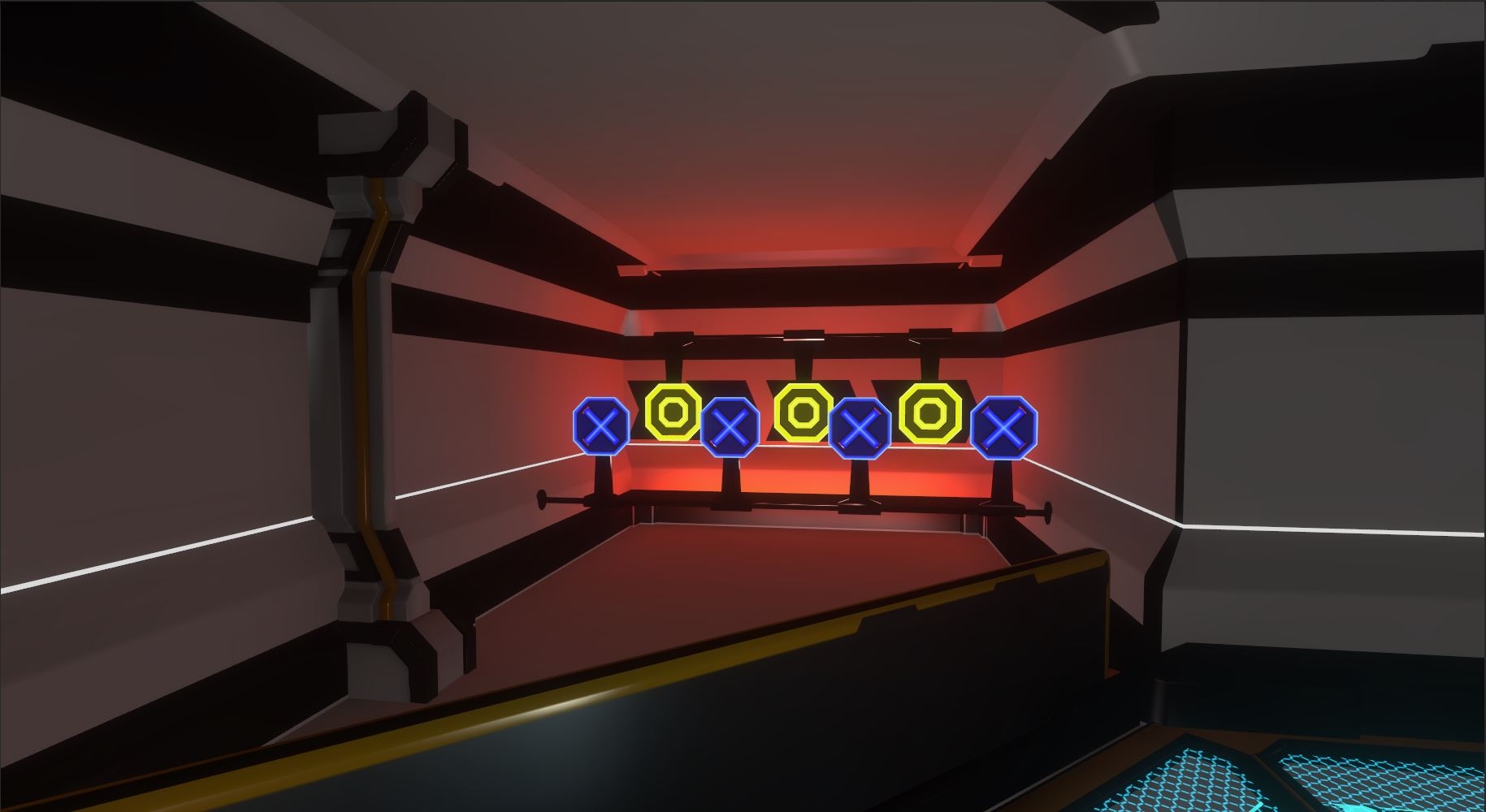 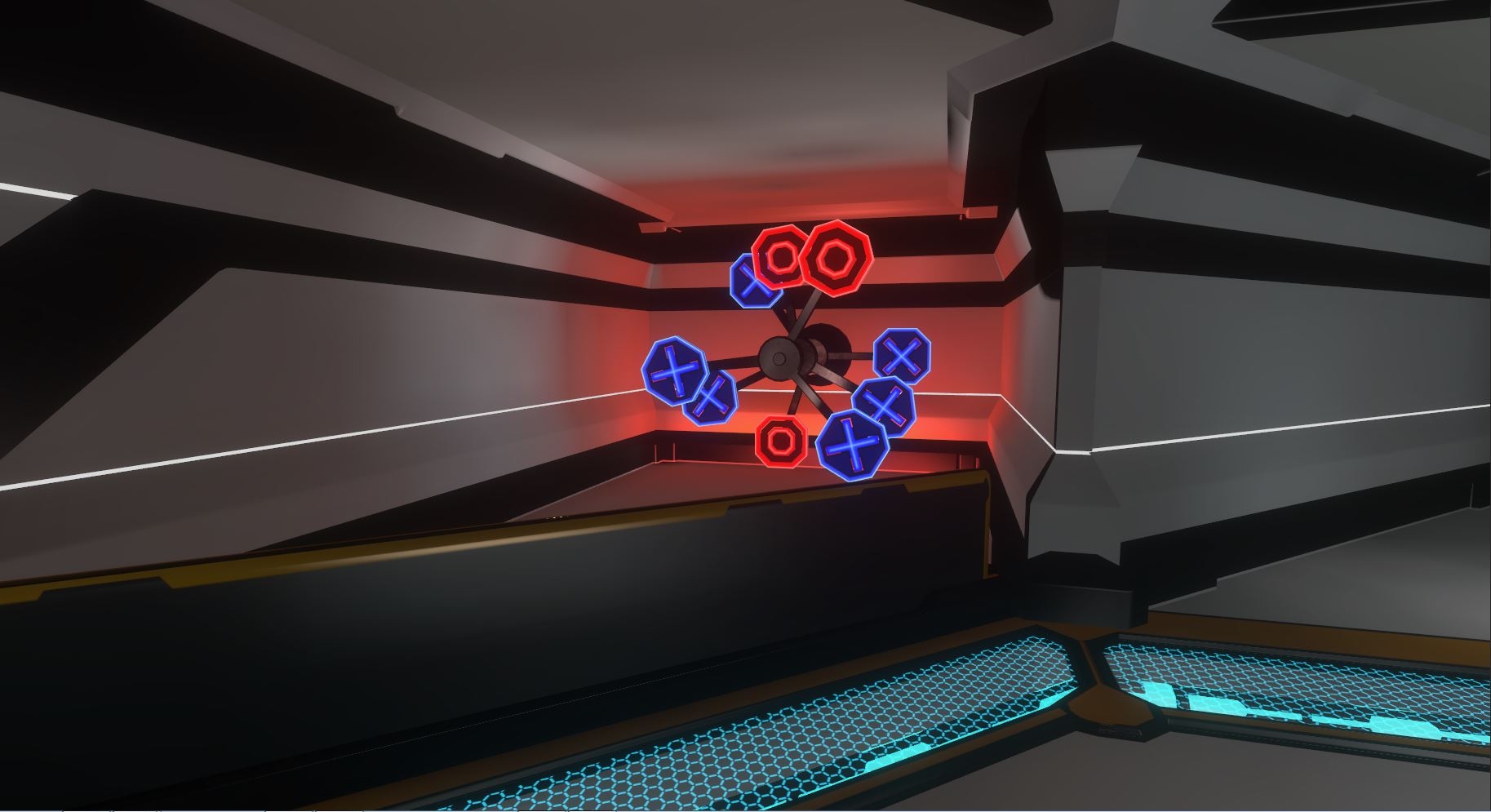 These are some of the target behaviors that are currently in the game. The first image shows targets on a track that move back and forth. The second image has stationary targets, but they are very close to some negative (blue) targets. These are both pretty easy obstacles, and they don’t hinder the player’s progress through the level very much. The third image has 3 rotating fans stacked on top of each other, and the middle fan is rotating in the opposite direction. This is a very difficult obstacle that challenges the player’s accuracy. If you are careless, then you can lose a lot of points on this obstacle by shooting all of the negative targets. If you are patient and accurate, then you can progress past this obstacle fairly quickly.