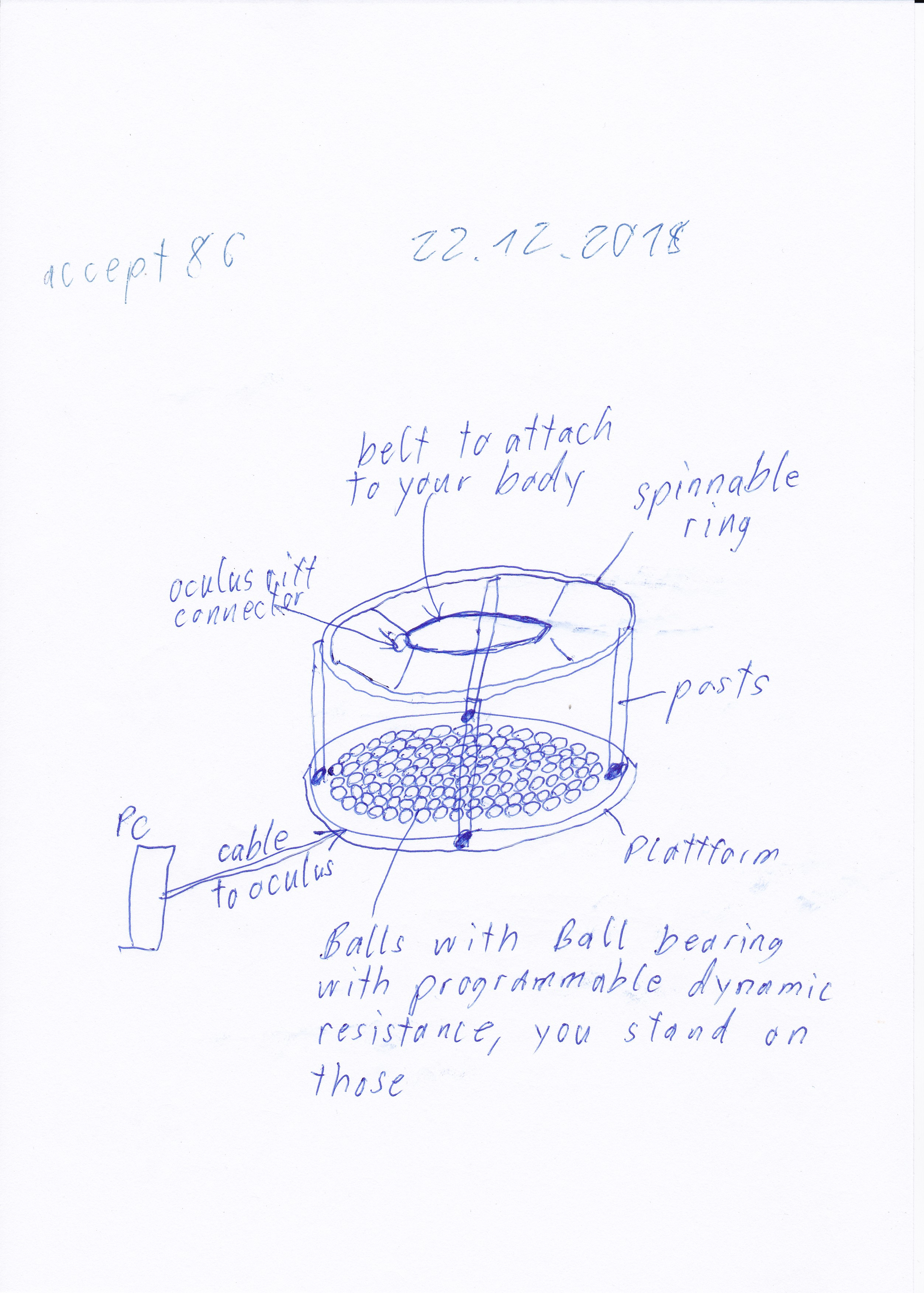 Hi, if the treadmills used balls with programmable brakes we could get dynamic resistance. if the ball bearings could have a "dynamic resistence" -Making it easier to turn around and simulating soil texture/uphill/downhill movement.

I added a draft

You could also built in oculus sensors in the plattform, then you only have one thing standing around. The Sensors can track body movement which could also be used to detect when the player wants to slow down or spin around to adjust the dynamic resistance on the ball bearings.
0 · Share on FacebookShare on Twitter